J.W. Walker was a surgeon in Wakefield, Yorkshire; it is not recorded when or how the model came into his possession, but research into the Greener family provides the likely route by which it passed from the Greeners to the Walkers, and reveals a fascinating story of a family who were involved in the early days of railways.

The model is a typical north-east style winding engine, with the vertical cylinder driving the crankshaft via an interesting parallel motion which was characteristic of the area.

The model was in working condition but was subject to some historical mechanical wear and physical damage to the valve gear, fractured steam main, leaking safety valve and loss of boiler integrity.

Traces of the original paintwork and livery remained and its consolidation and conservation became a pivotal element of the agreed technical specification.

After completing operational testing the model was returned to the owner and subsequently it successfully fulfilled a number of live steam displays and stared in a major exhibition at the Science Museum, London. 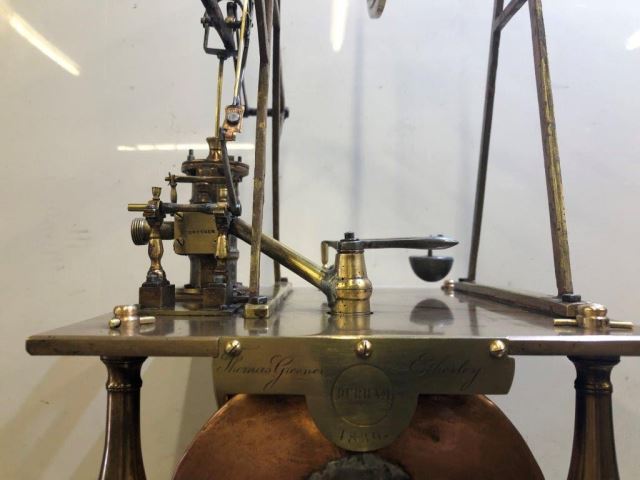